A Year in Review

Canadians had plenty to “weather” in 2015 as Mother Nature either froze, buried, scorched, blew or frightened us at various times throughout the year. We endured weather bombs, nor’easters, a growing super El Niño, deluges and expensive hailers. Rarely have we seen a year with such a variety of weather contrasts from coast-to-coast. And while property damage from weather cost insurers and governments millions and the economy billions, this year we were spared devastating hurricanes, had fewer tornadoes and experienced less weather-related personal injuries and fatalities.

For the second consecutive year, Canada’s top weather story was a long, cold, snowy winter in the East.

February became “Friguary” with temperatures 7 to 9ºC below normal. Toronto was colder than Edmonton in February and it was the city’s coldest month ever with records dating back to 1840. Montréal didn’t reach melting temperatures for 43 consecutive days. The region extending from the Great Lakes to Newfoundland and Labrador was one of the few in the world that had a record cold winter when  globally we recorded one of the warmest winters in 135 years. 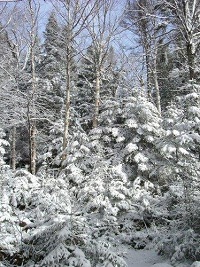 The wildfire season in Canada began early, ended late and was extremely active, especially in the West; 4,922 fires consumed an incredible 3.25 million hectares of woodland, four times the 25-year average. May and June in British Columbia came close to being the two driest months on record, which started the fire season a month earlier than normal. Firefighting cost the province $300 million − twice the 10-year average – and thick and pungent smoke left thousands of residents gasping through surgical masks. In Saskatchewan, uncontrollable fires prompted the largest evacuation in history, counting more than 13,000 people. 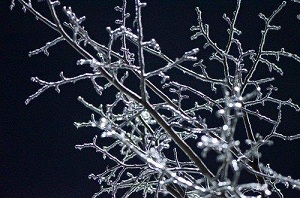 Prairie farmers faced challenging weather this year with killing frosts in May, spring and early summer dryness, and too many hailstorms. During the crucial May to mid-July period, when crops are normally growing feverishly, rains only sprinkled across the bone-dry western Prairies. About 60% of the agricultural landscape was in serious moisture stress to the last week of July. After that time, it almost didn’t matter if rain fell. Some rescue rains helped out, but the harvest was delayed and yields were disappointing compared to recent years. 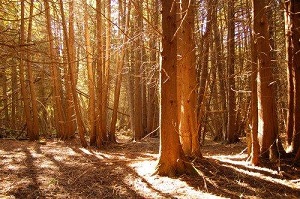 Winter grabbed hold of the Maritimes in January and wouldn’t let go until May. Maritimers proved their mettle as a winter people by beating back brutal cold, especially in February, and shovelling and plowing through record snowfalls. January, February and March were the coldest in 68 years. As for the white stuff, Moncton and Charlottetown – two of Canada’s snowiest cities – established all-time records with amounts breaking the 5 m snow mark. “Big storms” numbered seven or more whereas a typical season would feature two or three. 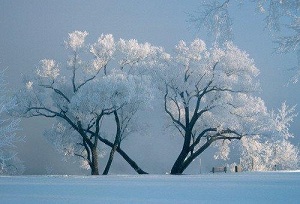 Persistently warm “Pacific blob” waters and a large high pressure area off the west coast of North America led to record-breaking warmth and sunny skies over British Columbia for much of 2015. Spring mountain snowpack was less than half of normal, leaving rivers at their lowest recorded flows in 100 years. The prolonged intensity of the spring/summer's heat and the lack of rain concentrated the growing season and drew down water levels on reservoirs to critical marks. An example of meagre summer rains was Victoria where the total rainfall from May 1 to August 31 was 34 mm which is only 30% of normal and the lowest rainfall total in history for the four-month period.

Most of the weather talk across the Prairies in 2015 was about drought and wildfires. However, summer storms cost more money and disrupted many more lives. Summer severe weather events including tornadoes, heavy rainfalls, strong winds and hailfalls numbered 307 across Alberta, Saskatchewan and Manitoba compared to an average of 234. Whereas, tornado occurrences were down everywhere, hail strikes were way up and accounted for 70% of the severe weather. Once again, nature didn’t leave Calgary alone. Over a two-day bout of severe weather in July, storms in that city and across central and southern Alberta and Saskatchewan inflicted $250 million in damages (not including crop losses). 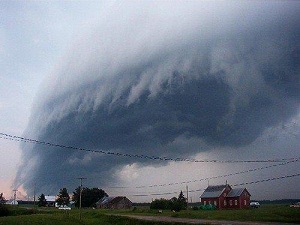 On Super Bowl Sunday (February 1), a major winter storm turned out to be the biggest storm of the winter in Ontario with close to 40 cm of snow falling between Windsor and Hamilton. The next morning in Montréal, driving was horrendous with 14 hours of snow and blowing snow powered by wind gusts of 60 km/h in whiteout conditions, and with a dangerous wind chill of -36. The Super Bowl storm became the Groundhog Storm on February 2 and another crippling blast for Atlantic Canada. The tempest had all the elements of a nasty nor-easter with strong winds, limiting visibility and an assortment of messy precipitation.

After months of record hot, dry weather and massive wildfires in British Columbia, a dramatic shift in the weather in late August brought welcomed rains and slightly cooler temperatures. But the change in weather came at a price. The powerful weather-changer with leftover fuel from tropical storm Kilo became known more for its fierce winds than relief rains. The bashing winds caught everyone off guard, downing transmission lines that left 710,000 hydro customers without power − the largest single outage in BC Hydro's history. 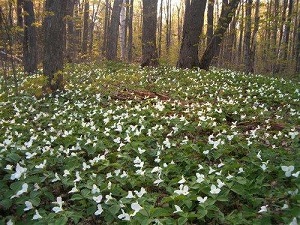 A hard-hitting nor'easter charged the Maritimes on Valentine weekend, forcing the cancellation of everything from church services and festivals celebrating winter. By storm’s end, parts of New Brunswick had received another 45 cm of snow and Prince Edward Island 80 cm. Several Maritimers couldn’t resist comparing the Valentine storm with the infamous White Juan blizzard 11 years earlier. On some accounts, the Valentine weekend storm was worse and certainly much longer. 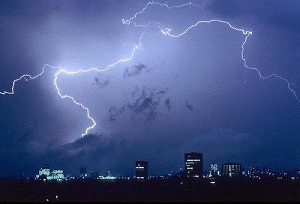 A year ago July St. John’s, NL registered its hottest month on record. In 2015, July was one of the coldest! The average afternoon temperature was 15.8°C which was a new low record from observations dating back to 1942 and an unbelievable 10 degrees less than the year before. Adding to the misery, for the first 40 days of summer, only seven were dry. St. John’s total July rainfall of 181 mm made it the second wettest on record.


Among other significant events and weather surprises in 2015 were a no-snow winter in British Columbia, thick ice in the south but thinner in the North, and remnants of Pacific tropical storms that had a much greater impact on Canada than their Atlantic counterparts. The top Canadian weather stories for 2015 are ranked from one to ten based on factors that include the impact they had on Canada and Canadians, the extent of the area affected, economic effects and longevity as a top news story.